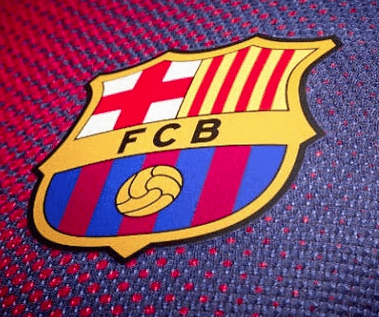 Futbol Club Barcelona familiarly known as Barça, is a professional football club based in the city of Barcelona, in Catalonia, Spain.

The club was founded in 1899 by a group of footballers from Switzerland, England, and Catalonia. They were led by Joan Gamper and the club has soon become a symbol of Catalan culture which is the main reason for their motto “Més Que Un Club” or in English: “More than a club.”

Unlike many other football clubs, Barcelona was the team which was mostly owned and operated by its supporters. It is considered to be the second most valuable sports team in the world, with the entire team worth $3.56 billion. Furthermore, Barcelona is the world’s second-richest football club in terms of revenue. The team has an annual turnover of €560.8 million.

Among various cheer songs and chants, Barcelona also has the official anthem called the “Cant del Barça.” The anthem was written by Jaume Picas and Josep Maria Espinàs. The original crest of the club was a quartered diamond-shaped crest with the Crown of Aragon and the bat of King James. They were surrounded by branches of a laurel tree and a palm. Today´s crest became used in 1910 when the club held a competition among its members for a new design. The crest includes the St George Cross as well as the Catalan flag, and the team colors.

The colors of Barcelona are blue and red which were first used on the shirts the players wore in a match against Hispania in 1900. Frequently, in the away kit, these colors are replaced with the colors of the Catalonian flag.

On the other hand, in international club football, Barcelona has five UEFA Champions League titles, as well as a record four wins in the UEFA Cup Winners’ Cup. Also, the club has a shared record of five UEFA Super Cup titles, a record three wins in the Inter-Cities Fairs Cup and also a record of three FIFA Club World Cup trophies.

In the domestic league and competitions, Barcelona has a long-standing rivalry with Real Madrid. The matches between the two teams are referred to as El Clásico. However, on the international scene, Barcelona´s biggest rival is AC Milan. The two teams met most times in the Champions League, and the Spanish club has eight wins, and five draws in a head-to-head duel. However, the Italian team has seven trophies of the Champions League, while Barcelona has 5.
Besides, Barcelona is among the most supported teams in the world. This can also be observed in the fact that the team has the largest social media following in the world among sports teams.
Barcelona also holds a record when it comes to the number of players who have won the Ballon d’Or awards as well as the record number of FIFA World Player of the Year awards. Eleven Barcelona players won Ballon d’Or, while seven of them won FIFA World Player of the Year awards.

Moreover, 2010 was also specific for the club since three players who came through the club’s youth academy were selected as the three best players in the world in the FIFA Ballon d’Or awards. These players were Lionel Messi, Andrés Iniesta and Xavi which was an unparalleled achievement for both players and the club.

It is also important to mention that Barcelona is among founding members of the Spanish Primera División. However, it is only one of the three that have never been relegated along with Athletic Bilbao and Real Madrid.

In 2009, the club became the first Spanish club which managed to win the continental treble which means three major trophies such as the one of La Liga, and the Copa del Rey, along with the UEFA Champions League trophy. Barcelona also became the first football club to win six of six competitions within a year, completing the sextuple by winning the Spanish Super Cup, UEFA Super Cup, and FIFA Club World Cup along with the first three competitions.

In 2011, Barcelona once again won the Champions League and won other five trophies. According to some experts, Barcelona´s team under Pep Guardiola which reached a record six consecutive Champions League semi-finals and also won 14 trophies in just four years is considered to be the greatest team of all time.

After defeating Juventus in the final of 2015 Champions League, Barcelona won its fifth Champions League trophy and also became the first European club in history which managed to achieve the continental treble twice.