Nike, Inc. is a multinational corporation which is primarily oriented towards the design, development, manufacturing as well as worldwide marketing and sales of sports equipment, footwear, clothing, accessories and services. In 2016, the company signed an agreement with Spanish football club Barcelona announcing a long-term kit deal which is supposedly worth £120 million a year.

Qatar Airways Company Q.C.S.C. which operates as Qatar Airways is the major airline which links over 150 international destinations across Africa, Central Asia, Europe, Far East, South Asia, Middle East, North America, South America and Oceania with a fleet of more than 180 aircraft. Furthermore, Qatar Airways is one of the fastest growing airlines in the world recently. The company has doubled the frequency of its flights to Barcelona and Madrid since it made the agreement on sponsorship with FC Barcelona in 2013. However, the season 2016/2017 is the last year of the partnership between the club and the airline, and currently, it is not familiar whether the company and the club will continue their partnership.

As the spokesman of the company says, Beko is a proud Premium Partner of football giant such is Barcelona. This partnership brought together a leading large home appliance brand in the United Kingdom with one of the most popular and supported football clubs in the world. Partnership with Beko creates the special relationship between the club and the company since both parties share the same values and philosophy which is the spirit of play, fun and freedom brought together with the goal to always be the best in the world.

In 2016, the leading shaving and personal care brand became a Premium Partner of FC Barcelona. The partnership between the club and the company is agreed until 2018. The two parties are brought together with the same goal and same characteristic which is the precision. This is a fundamental value for the way in which both Gillette and Barcelona achieve their respective goals. 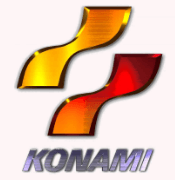 In 2016, Barcelona also made a partnership agreement with Konami. They announced a three-year agreement in which PES 2017 publisher is presented as Premium Partner of Catalan giants, which is the first sponsorship of its kind for a video game publisher. Konami is granted extensive access to the club and its stars. The company will also have a visible presence within the match day experience as well as a prominent advertising presence within and around the club’s Camp Nou stadium. Furthermore, the company will also receive exclusive rights to recreate FC Barcelona’s legendary home within its PES titles, beginning with PES 2017.

In 2015, Estrella Damm extended their official sponsor agreement with FC Barcelona. The new agreement will go through until 2018. As it was decided that the company will continue to be a Premium Club Partner of the club. Therefore, Estrella Damm will remain the club’s exclusive global beer. Since its establishment, the company had close connections with sports and also accompanied Barcelona FC through its history. Both organizations are more than 100 years old and have shared a number of activities together. For that reason, the partnership between the two was imminent.

At the beginning of this year, CaixaBank has extended its partnership agreement with Barcelona in which it is stated that the bank will remain the club’s financial partner until the end of the 2019/2020 season. As it was agreed, CaixaBank will get promotional opportunities at Camp Nou Stadium as well as in Barcelona´s training facilities. Besides, they will also be able to provide their clients with hospitality experiences at the club’s home games. 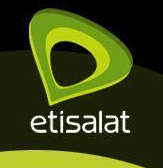 In 2013, the leading telecommunications operator in the Middle East, Africa and Asia, Etisalat Group announced that they would renew their four-year partnership agreement with FC Barcelona. Even though many were skeptical of the club´s influence on operator´s business which does not have clients in Spain, the managers were convinced that this partnership is necessary. With the deal, the UAE-based company is FC Barcelona´s official partner in the countries such as the United Arab Emirates, Nigeria, Saudi Arabia, the Ivory Coast, Benin, Togo, Niger, Gabon and the Central Africa Republic.

One of the greatest automobile manufacturers in the world made a partnership with one of the best football clubs back in 2006.Since 2003, the brand was a partner of Barcelona´s biggest rival, record Champions League winners Real Madrid. All the players, coaches and officials drive their vehicles from the sporty model range including a superstar Lionel Messi. In addition, Audi also supports Barcelona´s biggest European rivals AC Milan, as well as teams such as Red Bull Salzburg and RSC Anderlecht.